The Browser #5: A Q&A with Rodneyy 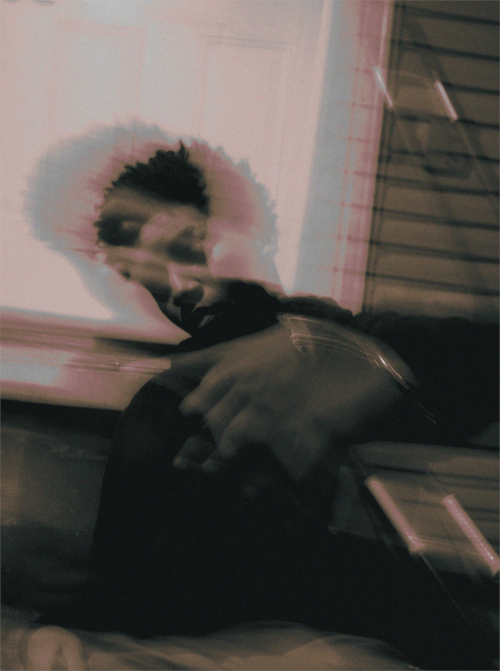 In SoundCloud’s ocean of narcotized, otherworldly rap, few collectives are distinguishing themselves like cr3stfallen. Their mixtape #CF21, released in February, assembles over a dozen producers and vocalists to find the lucid moments in the depths of a comatose sound, hypnotizing you with more voices than your brain can process as their plugg-adjacent production reaches into the future.

15-year-old rodneyy stands out in cr3st as a member with some of the most fleshed-out ideas as a solo artist. On EPs like January’s #nYnm, he sharpens the lethargic atmospheres of his peers into something new and infectious, picking punchier beats and using his alien vocal hooks to bend the cr3st sound towards more focused songs with a professional finish. The recent work of Playboi Carti, who rodneyy idolizes, looms large over his sound.

Much of rodneyy’s fully-formed presence can be credited to his upbringing; as I learned in our brief interview, he’s the son of 2000s R&B star Monica and Rocko, the Atlanta rapper and record executive who’s most often associated with his 2010 signee Future. Growing up at the heart of the music industry in Atlanta, rap music’s current crucible, has taught rodneyy how to professionally self-produce and mix all his music before he can even legally drive. He hopes to use his early, singular talent on SoundCloud to become a star on the level of his idols, setting the template for more young people to follow in his footsteps.

You’re from Atlanta, right? You grew up there?

You know my mom and dad make music, so like, rap and R&B. That’s really what I’ve been around, like, the real trap scene. When Future was first coming up and all that, I was heavily indulged in that, because he was signed to my dad, so I was around a lot of trap music. That’s kinda what I was brought up around.

Did you say he was signed to your dad?

Yeah! Future was signed to my dad. Future’s name, before he met my dad, was Meathead.

Wait, hold up, who’s your dad?

Oh shit, Rocko! I didn’t know that. So you were really immersed in Atlanta music from a young age.

Yeah. I’ve been kinda stuck into it -- late night in the studio, all that. I really was born into it, for real. I’m glad I was, ‘cause I love it so much.

You were kind of destined for music.

Yeah! Destined to grow up into it, yeah.

How did you first stumble on SoundCloud shit? Like, the shit you do now?

Believe it or not, I had just gotten TikTok, in like 2019. And I heard this one song by notlocked and i9bonsai. Ever since that one song, I was looking into related tracks and stuff, and that’s where I met st47ic and mar and p6nk and luci and them, and the rest is history. I used to be in call with them every day, and I got better, and we all got better with each other. They’re my bros, for real. 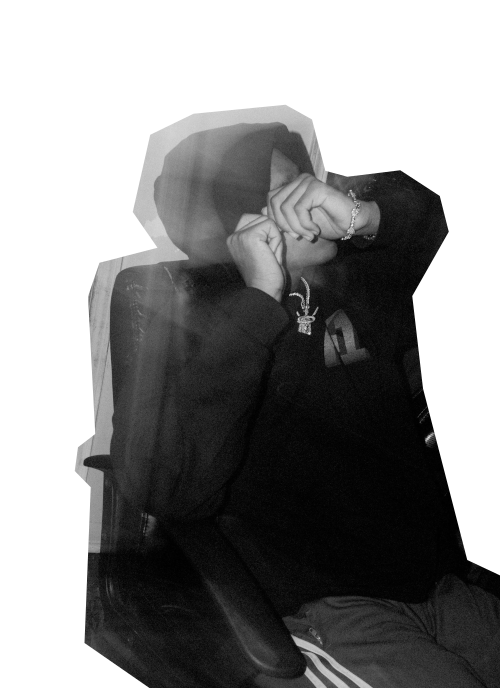 It’s crazy that TikTok got me where I am now.

Especially since you were surrounded by Atlanta music when you were young, but what started you off was an i9bonsai song.

How did you first get linked up with the dudes in cr3stfallen?

You know Dani Kiyoko? He used to make a lot of producer chats. Back when Instagram had a chat option, you could just hit a button and join a chat. So I would join his chats, and in those chats I met fakekickin, and he’s like co-leader of cr3st.

I’ve always wanted to join, but one day I was like “what’s cr3st?” being, you know, nonchalant about it. And he was just like “you wanna join?” He didn’t even tell me, he just asked me if I wanted to join. And the rest of that is history too -- that was around, like, July. I didn’t start rapping until a month after I joined cr3st.

So you grew up around rap, and with Rocko as your dad, but you didn’t start rapping yourself until then?

I had been making beats all my life. And then I started rapping around...the beginning of the school year.

Does your dad fuck with your music?

Oh yeah, he does! The “TEAR IT UP” video, he paid for it for me. I appreciate him. My parents are giving me cosigns and stuff, I really appreciate it.

In one of your recent songs, you borrow the hook from “Stop Breathing” by Playboi Carti. Is he an inspiration to you generally?

They weren’t giving it a chance, honestly.

Exactly, like, they weren’t giving it a chance at first, but now it’s so widely liked. People base their clothes, the way they talk, their Instagram’s look, off that album. And it’s so cool. I want to get up there like Carti one day.

You want to set the tone for other people.

Obviously to do that, he had to develop a really unique presence. What do you think sets you yourself apart from other people on SoundCloud, in that kind of way?

Honestly, I think it’s the fact that I really can be in a room by myself, with just FL Studio, and I can just make an album. You know, it’s not a lot of rappers that make all their own beats, mix all their own music, and rap. Know what I’m saying? Because I really just hop on FL and make whatever I want.

There are other rappers that do make beats in my style. Like...who are some, for example? Like Yen.

Duwap Kaine’s a good example. Yen’s my bro. Kuru makes beats, I don’t know how often he hops on his own beats, but you know. I feel like the fact that I’m younger than a lot of people that are going up is important, too. I’m 15, and Duwap’s one of my biggest inspirations too, for that reason. Because when I found Duwap, he was 14, and I’ve just been listening to him all my life.

I just want to be an inspiration to the younger people. If you’re younger, I want you to see me and be like “damn, that young boy making music! I wanna do that too,” or “I want to go up like him,” you know?

Who else on modern SoundCloud besides those you mentioned inspires you, as far as sound?

Modern SoundCloud...let’s see. Everybody in cr3st. Chain Gang, that’s like Yen...And 777World, that’s like Kaya and Vagex and them. And then, last but not least, Andrettimakk. Andrettimakk is a big inspiration.

His mixtape that came out a few months ago, I’ve been playing the shit out of that.

He’s just so different, for real.

You’ve had two EPs drop this year. What do you have coming up the rest of the year?

I think I’m gonna drop one or two more singles, and then it’s gonna be a tape on my birthday, May 21st. I turn 16.