Checking In With Dani Kiyoko 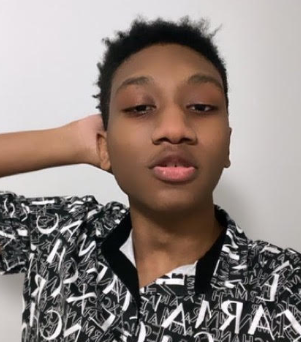 Today we bring you a guest post by new Finals writer Mars/Maria Kate, whom you may know from SoundCloud or writing on 108 Mics. Maria chatted with rapper Dani Kiyoko and we are grateful to feature their talk –– thanks Maria!

Louisiana-born rapper/producer Dani Kiyoko isn’t hopping on the trends: he’s pioneering them while staying true to his sound. Kiyoko is intertwined throughout countless communities, collectives, and subgenres. Back in May of 2021, they created VampPlugg (a subgenre consisting of darker r&b/plugg) which spread pretty instantly throughout the scene (check out his “everything VampPlugg” playlist on SoundCloud here). Another style from Kiyoko is the REAL $TREET RUNNA tape from 2021, featuring remixes of familiar beats like New Boyz’s “You’re a Jerk” and other older sounds most Gen-Z kids likely had downloaded on our middle school iPods. Now, he’s releasing singles tagged #streetrunnaz muzik, continuing to encapsulate that mid-2000s sound. After creating for half a decade, he’s managed to stay consistent and experimental, operating hand-in-hand with SoundCloud legends like Braxton Knight and BBY GOYARD.

I’ve been following Kiyoko since the beginning, watching their constant evolution and growing influence. He was kind enough to send me a beat pack and an invite to his IVC collective when I was still making music with my Apple Earbuds and Garage Band back in 2019. They’re always working with diverse groups of artists with the sole purpose of creating something new and impressive. In this interview, it was a pleasure to learn more about the inspiration behind his work and what’s keeping him motivated, even though we’re both pretty shy. Here’s our phone conversation transcribed below. 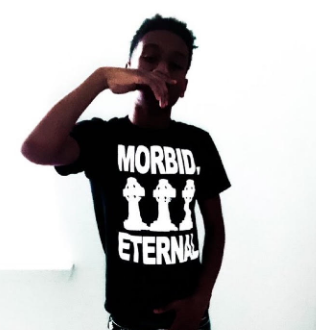 How long have you been making music?

I started making music when I was like, twelve. But I didn’t really take it seriously until I was like sixteen.

Were you posting it?

Yeah, I was like posting it. Some of it is still up. Some people like, downloaded it and saved it. I don’t know why. I kept it up to show progress, and how far I came.

Do you still have a collective?

Yeah. I still have it. But the way things are rolling for me right now, I’d just rather be alone. A lot of people don’t put in the same amount of work I do or they’re just really lazy. But I am working on a small label right now!

I’m excited for that!

Tell me about your new tape that came out.

I don’t really know what to say. I just put music that I listen to and put it in my own style. I try to be different and do different stuff.

What was your favorite sample?

DANI KIYOKO · lest we forget

Was that the process for the whole tape?

Yeah. I don’t really write music. I just do what I do. I made everything in a day pretty much. That’s how I do most of my music to be honest, I just sit there and make song after song. I don’t really have a lot on my mind, I just have a way with words, I guess.

Do you write the lyrics down?

I just do it as I go! I never try and write anything down. Writing for me takes my energy away when I’m trying to make a song.

One of your tweets made me laugh recently. The “It’s cus I don’t make hyperpop and never planned on it” one.

Does that affect what you’re making?

I guess it’s like, the music where I’m from and grew up around. It’s very different from what a lot of people on the internet listen to. I don’t really make happy music.

I would say it’s really like, Southern rap music. That’s what music sounds like down here. No matter what state you go to, it’s gonna be something hard and extreme.

Where are you from?

I admire that you don’t change what you’re doing to fit the trend!

Yeah, I don’t think I’d ever do that! I don’t care what people say to be honest. I just do what I want to do.

It’s been working out for you. What’s next?

At the moment, I just wanna get more connections and put out more tapes. That’s pretty much it.

One EP and an album. It’s more emotional than most of my other music. The album is kinda the same, like emotional. There’s a lot of love songs.

How does it feel when people call what you do influential?

I kinda love that. That’s one goal of mine, to influence people. I don’t care about the money, but when money comes there’s more opportunities to take care of my family.

Do you feel like that’s what you’re doing now?

I feel like I’m sort of doing that on a low level. It could be much bigger than it is right now.

You were one of the first music people I met!

Everybody be thinking I’m kind of mean! I guess because I’m quiet, like I don’t really talk to that many people. I try to ignore the drama.

Is there anyone you want to collab with though?

To be honest, Lil Wayne! That’s number one. With anyone else, I don’t really care much at the moment. With music, I kinda get bored after a while. If I wanna hear a certain sound, I know no one else is gonna do it, so I just do it. That’s kinda where I’m at right now. He’s one of my number one inspiration with the way I go about everything.

Do you wanna talk about VampPlugg?

I made it on accident to be honest. Like, I was making a beat one night and I was like this is kinda trash. I saved it, then I closed it. I came back to it the next day and then started messing with the sound like this is fire. I started putting out the beats and I just went with it. A lot of artists started seeing it and messing with it, and a lot of artists hopped on it. But a lot of people hated on it because they don’t like hearing anything different.

Did anyone ever claim you didn’t come up with it?

Yeah! It was like a joke between me and a friend.

Are you moving on from that sound?

I wanna keep doing it, I keep changing it more and more. But eventually I wanna move on because things get played out quick!

Everything changes so fast now!

I guess people wanna set trends, stay inside one box. I see people just making music now. They’re not even trying! They just make it so that it sounds good on TikTok. It’s so weir