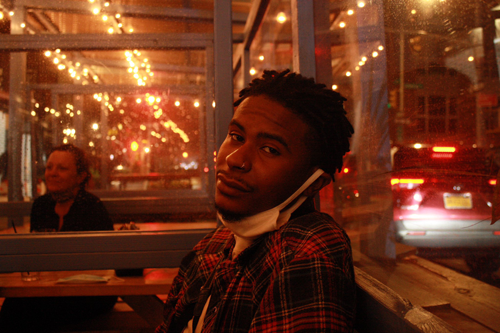 Shouts to first-time writer DLo, our new movie correspondent. A while back he tweeted, "ppl keep telling me i could do podcasts or movie/music reviews n sum more shit but i honestly don’t think my opinions are good enuff tbh." Well guess what DLo, we think your opinions are more than good enough. In fact we think they're "rumored to be among the best"! So we asked him what his fav shyt was from this year so far, knowing that his taste is generally for sci-fi, psychological thrillers, and horror. Take it away DLo!

Hey everyone! I’m DLo and these are my top five favorite films of 2021 so far. It’s been such a weird year for movies due to COVID delays and the new idea of releasing films on streaming services the same day as theater releases. I personally thought it was a cool thing at first but now seeing how much money actors and theaters are losing due to big movie studios trying to get eyes on their products, it seems very frustrating. But big companies are always trying to stretch their money as far as they can no matter who they step on, sadly. Anyway enough of that, let’s get right into the reviews.

A Quiet Place 2 - John Krasinski does it again with the sequel to his blockbuster hit A Quiet Place. It’s fascinating to me how the cast can use the least amount of dialogue but still be able to invoke an absurd amount of emotion with their eyes and facial expressions. The most terrifying scene in the movie is when the monsters first attack and it’s captured from the perspective of the deaf daughter Regan, who is played by Millicent Simmonds. You could hear a pin drop in the theater and the chaos that ensued had everyone extremely tense. Emily Blunt and the supporting cast kills it, but I hope this is the end of the line because there’s not much you can tell from this story anymore. UNLESS they choose to bring a new family into the story in a totally different location, it’ll just be the same redundant story we’ve already got the most out of. Not much you can do when the story is about alien monsters who can kill anything they hear at the blink of an eye. 8.5/10.

Fear Street Trilogy - If you have tremendous love for old school slasher films based around demonic entities and curses this trilogy is for you. Even though part one isn’t as strong as the other two, it still holds up fairly well. Part two and three have some of the best horror we’ll probably see this year, excluding the Candyman reboot coming this month. Fear Street does everything right, from the cast bringing as much emotion into each scene as possible and keeping the plot steady moving, to the directors and writers getting the absolute most out of every scene with solid set design and camera panning. The tension building was pretty good as well because up until the killers show themselves, you’re thinking nothing is going to go wrong. The twist in part three was my favorite because up until then, you really believe you have the whole story figured out but…no. 8.5/10

Zack Snyder’s Justice League - This is one of the best comic book movies ever made hands down. Marvel should take note on how you can tell a good story with complex characters and still keep the tone gritty and not overdo the witty one liners. Zack Snyder captures his vision perfectly and I don’t mind the film being four hours long. If you take breaks between each part it keeps you fully engaged. The only thing I would change is that ridiculous music that played whenever Wonder Woman came on screen. It made me cringe every single time. I wish we could get a continuation but it seems like Warner Bros has spent their last cent on Zack and his vision. 8/10

Godzilla v. Kong - I know this movie is based around two cgi juggernauts but it’s entertaining as ****. Millie Bobbie Brown sort of takes a backseat in this one as we see Brian Tyree Henry carry the torch and steal most scenes. Loved how we got to see a little bit of Hollow Earth and I hope we can get some kind of prequel showing the different origins from that location. And don’t get me started on the huge fight between Godzilla and Kong, it was definitely one for the ages. S/o to the vfx team cause I know they put in long hours for that scene. 7.5/10

The Conjuring: The Devil Made Me Do It - Ed and Lorraine Warren are easily my favorite horror movie couple. Patrick Wilson and Vera Farmiga do a great job at capturing their chemistry and admiration for each other. This one is also based on a true story like the other two Conjuring movies, about Arne Johnson, who murders his landlord due to being possessed. The Warrens step in to defend his case, by stating Arne wasn’t himself. The film feels like a race against time because they are trying to get the demon out of Arne before it can kill him, which I find sort of exhilarating. It’s a nice send-off for the Warren family and a good end to the trilogy. 8.5/10

Photo by the homie Julio